Because Fiction is a fragment from Reality 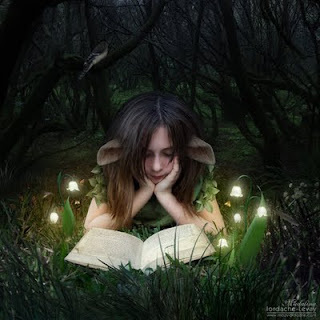 I remember the days when I was giving interviews and GD's for admission into an MBA college. And then there was this question, almost always "What are your hobbies?". And invariably, I use to answer "Reading Fiction and writing."


And the counter question, almost always was, what kind of fiction. That's where my eyes use to look away and name great authors like Sydney Sheldon, Classics like Gone with the wind, some exotics like The Princess of Sultana etc. But never, never J.K.Rowling, or her book series of the famous Harry Potter!


It was after I got selected into a B-School, during the ragging days, that this question was once more raised by a lady senior. And as always I named every novel except my beloved.


That senior was a rude one, she was ragging me in the true sense (she belonged to the infamous placecom!). I was taken aback when unimpressed with my long and impressive list of reads, she asked me "You read ficiton and you haven't ever read Harry Potter?"

I fumbled, answered in a low voice "Ye.. Yes Mam I have". She asked in a rough voice "Too ashamed to name that eh?"


Me: "No Mam, just that it is a sort of fairy tale, not to be counted among the list of impressive reads."


It was when she was gone, after I overcame the shock of humiliation, in the dark that I realized her words were true!


And true not just for Harry Potter, but for every kind of Fairy Tale that exists. Remember how Dumbledore repeatedly emphasized on the power of love, and now I realized that "The Love" that protected Harry from evil Voldemort is similar to the protection that our parents give us from the world, the power of their love. Remember how Harry and Neville Lonbottom had similar fates, but Harry was chosen because of his actions? Isn't it very similar to the saying "One's Destiny is made from his choices and not from his chances."?


Do you not realize how Rapunzel met his Prince Charming because she dared to follow her dreams. How Cinderella always got help when she needed it the most, which is similar to the saying "God helps those who need it the most."!


Oh how the strength of Scarlet'O Hara gives strength to me as a lady, that when she can fight yankees, run a business, manage 3 children and still be beautiful, then why can't I?


Just saying that one should never discard fairy tales as just stupid gibberish tales. There are always great learning in them, which when imbibed into a child give him strength of character and honesty. Not to forget what a great method they are to imbibe reading habit into children.


Atleast I am thankful to my Mom for reading them to me. :)
Posted by Nocturnal_lady at 11:33